« Back to all posts

Standards and guidelines are a crucial part of maintaining the consistency, context and spirit of any brand. Traditionally those guidelines are published in standards manuals often referred to as “brand books.”

As any Brand Manager or Marketing Director knows, brand books provide a clear definition of the defining characteristics and attributes of the brand. There are numerous of these brand characteristics and attributes, including—but not limited to—its history, its mission, its statement of purpose, its consumer commitment, and its personality (including the tone and manner in which the brand should interact with stakeholders).

The bulk of the content of a brand book is dedicated to the way in which a brand’s identity is visually, audibly, and aurally presented to its consumers, which includes internal audiences like employees and board members as well as external ones such as customers, investors, and suppliers.

Over the span of my career, I’ve been involved in the creation of countless brand books, and I’ve become a pseudo-collector of them. I enjoy perusing the pages of these beautifully designed manuals, and as a designer and a student of the principles of design, I admire the thought and creativity that goes into their writing, formatting, layout and production.

Having said that, I began to notice back in the ‘90s a troubling pattern forming: I noticed that often when something was shown as the “correct” way to present a corporate trademark (most often the logo or logotype) in a certain type of application such as the Web, that it either didn’t look good or it didn’t read well. I began asking myself, “why do I keep seeing this happening?”

The answer, to me anyway, was simple: as designers, we were taught that this is the way that an identity is supposed to be presented. It’s a time-tested process, and you don’t fix what isn’t broken. “Wash, rinse, repeat” was the mantra of any Corporate Identity designer. And we were now a few generations away from the pioneering individuals who created these standards. We didn’t understand the nature of the standards. We knew the “how,” but lost sight of the “why.” We just followed the rules because that was what we were taught to do.

In my opinion though, in the late ‘80s/early ‘90s we were starting to see the cracks in the façade. The fact was that most designers didn’t question the format, even in the face of seeing how poorly the identity was being presented in one application or another. This led naturally into my next question, which was “Why had the tried-and-true standard for formatting worked so well for so long, and yet why was it starting to fail us now?”

The answer, in retrospect also seemed obvious: computer-aided design, the Internet, and enhanced production capabilities. Prior to 1985, content creators like copywriters, designers, directors, and musicians were mechanical artists using for the most part hand-driven, analog-based tools to create. There were limitations to how much of the process they could control prior to production. This limited the possibilities. But after computers began finding their way into the hands of the content creators, the old limitations of time, production and cost began to fall away. Greater control meant greater creative possibilities. In the context of branding, new possibilities created new designs in corporate and brand identity, which could be woven through an entire visual program, and in new media that had yet to be explored. This new digital reformation was changing everything: products could be brought to market more quickly, services could be provided faster and more efficiently, data was being be transferred at the speed of light. More brands were being born across the globe than at any time before, and even that pace was accelerating.

Unfortunately, the old standards weren’t being adjusted to accommodate these new possibilities, which resulted in Design Dogma. The dogma was the result of trying to apply outmoded concepts of design, and the standards used to govern those designs, to a brand that was working in a variety of new media that required new design approaches and new sets of graphic standards. And yet now, some twenty-five years later, we still see the same dogmatic choices being made in brand books. And brands governed by these dinosaurs of the design world are suffering as a result of this failure to question.

At the same time as I was questioning the standards, I also began to question the use of brand books themselves. After all, they are time-consuming to create and incredibly expensive to produce. When I would bring up the validity of a brand book to those in my profession, it always seemed to stir up vigorous debate.

My premise was and continues to be this: a brand book is static in nature. It’s a time capsule, a snapshot in time, a stillborn creation. But if we’ve learned anything about branding over the past 100 year it’s that successful brands are dynamic and living symbols. In our culture, we characterize them, we assign emotions to them, we form our opinions and attitudes around them, and we adjust our behaviors to suite them. And they change to suite us as well, adjusting to the changing attitudes and behaviors of new generations. For this simple reason, brand books are ineffectual tools. So why would a successful, adaptable, and living brand commit to using a static print document to define and represent its brand standards?

In the days before the personal computer and the Internet, the simple answer to that question was because it was the best possible solution, however imperfect it was, to the problem of getting everyone on the same page about the true value of the brand, and maintaining that value over time through consistency of message and presentation. But that changed with the advent of mark-up languages that allowed for documents to become more dynamic in nature and published in electronic forms rather than printed ones.

One language in particular, the hypertext markup language (HTML), proved to be an exceptional tool for quickly and easily creating updatable “living” documents in electronic form. When linked together, all of these files began creating a “web” of information that was accessible to anyone with an Internet browser that could interpret the HTML transfer protocol. Because of my background in interactive technologies, I was well-positioned to take advantage of this new worldwide web that was forming. I saw the future, and it started with the letters WWW. In 1996 I broke off from my previous company to form a new entity with the purpose of integrating Internet-based technologies with traditional branding, marketing, and communications techniques.

In the early days, as part of the open-source movement, we developed and released what is generally recognized as one of the first open-source blogging solutions, PHP Web Logs in 1998. Inspired by Ward Cunningham’s WikiWikiWeb project, our company’s intention was to create a content management system where different people in different locations could easily contribute to a Web site development project collectively and simultaneously. This became the underpinning of our concept of replacing the traditional brand book with something better: the BrandWiki.

Making a Case for the BrandWiki

As I posited earlier, in the Information Age brand books are outmoded, fixed at a single moment in time. Brand books aren’t built to adjust to the advances that happen in technology and society on a constant basis. Successful brands don’t operate that way, so why employ an expensive and inferior tool to explain the value and relevance of your brand?

When searching for the best way to develop the standards needed to adapt to these advances, as well as the tools required to deliver them, look no further than your Web browser. A BrandWiki provides a dynamic tool suitable for your living brand. BrandWikis operate not only as a content management system, but also as human resource training tools and digital asset management systems. With today’s modern and mature programming languages, designers and programmers can create incredibly immersive sites and apps that tell compelling stories about the brand—one where the story can adjust to changing cultural and social attitudes, as well as fluctuating business, geographic, and political climates—without losing its contextual relevance.

Companies that understand this concept more than most are typically multi-generational consumer-facing brands like Disney and the Coca-Cola Company. These companies have existed long enough to recognize that maintaining product, service, and brand consistency while also adjusting to changing consumer tastes and attitudes over time is one of the keys to successfully maintaining consumer loyalty and market relevance. It also stands to reason that they would be among the first companies to have embraced the notion of online brand standards, and how to successfully use them to preserve and strengthen their brands. Part of the reason they understand this is because of the number of people they employ and have employed over time. They understand that in order to maintain brand consistency in the face of an ever-changing workforce, they must utilize the best tools and practices for that purpose. Disney’s brand training program, Disney Institute is one of the most sophisticated brand training programs in the world, and they rely heavily on Wiki-based tools to drive that initiative.

Your organization doesn’t have to be a large multinational to take advantage of the time and cost savings associated with BrandWiki deployment. BrandWikis come in all shapes and sizes.

Beyond capturing the key messaging of the brand, some Wikis house human resource and training videos, as well as brand orientation videos for new hires. Others track everything you produce in association with your brand, including the maintenance and coordination of suppliers that support it. So as people are promoted through your organization, standards are preserved in the system for the next generation of employees to take advantage of quickly and without interruption.

BrandWikis are tools for modern brand-focused companies. They are capable of improving marketing and public relations workflows. They also allow for easy access to brand elements and production assets, which in turn allow for the expedited production of collateral programs and promotions. They can house media assets like stock photography and music, as well as video and sound clips. Wikis are decentralized, collaborative in nature and structure, and easily adaptable to different languages and cultures, which works well for international companies with brand managers and marketing departments spread across the globe.

All of this just scratches the surface of what BrandWikis are capable of. If you haven’t already made the switch to BrandWikis, think about ditching the book for something better.

If you’d like to get more details about our rules on avoiding “design dogma,” or if you’d like to hear more about the power of BrandWikis and how to deploy them successfully, please contact us here. 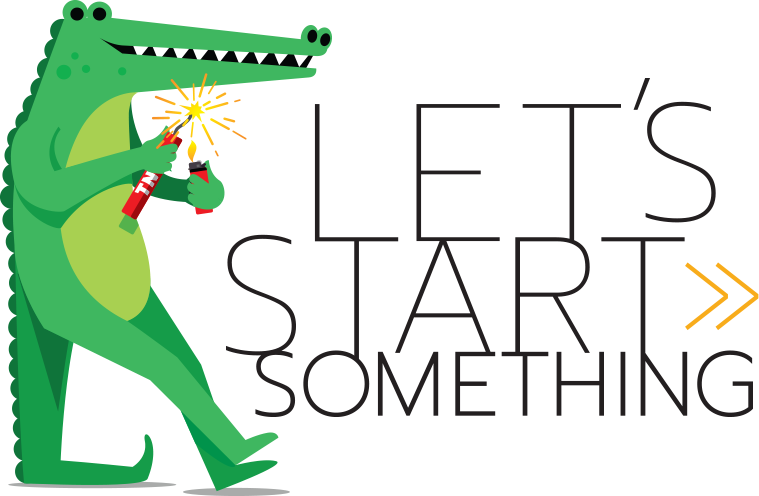 Whether you’re looking to develop it, launch it, or market it, Instigator can help you realize it. But enough about us...let’s hear about you. Contact us today and let's get this party started!